“Demo-lish” is a combination of 26 previously unreleased songs, demos and alternate takes/sessions of songs from some of my other albums. Pre-order here and get 2 songs (“Waiting” and “Breaking Through” right away): https://itunes.apple.com/us/album/demo-lish/id1028594046

Here’s a preview of “Waiting”:

Changes in one of very many favourite Sugar and Bob Mould songs. Day three.

Just let us know how you’ve spread the gospel of the Lost Cause and where you’d like your new song sent.

I complained to Facebook and they let me have http://www.facebook.com/billythekid !!

I’m in shock!!! I really didn’t think it would work, but it did! The squeaky wheel gets the grease hey 😉

New Billy the Kid Interview c/o our friends over at Animal Nation Doesn’t Know Anything.

Don’t forget to check out Billy’s upcoming shows, July 8th at Room 5 in Los Angeles and July 28th at The Troubadour with Our Lady Peace. If you’re in Vancouver there will be an August 11th show as well, we’ll keep ya posted as details arrive.

Lots of blogs, photos and updates over at BillyTheKidBlog.com. If you’re a Blogger user, sign up as a friend and feel free to leave any comments and questions 🙂

“how many songs have you written for acoustic guitar that you perform?

do you usually play by yourself, just with a guitar & singing? how often are you play with a back-up band, with drums & bass etc.?”

I just looked at my iPod and apparently I have 101 demos. Some of these are probably duplicates and some are likely songs that ended up being Billy and the Lost Boys songs but at any rate, I really only play about 10 of them live!

I’ve been playing shows with a band lately but it really all depends on the show. Last Thursday at the Hotel Cafe I did the first half of the set by myself (which allows me to play songs that are new or that I don’t have recordings of) then the band came and joined in for the rest. I’ve been super fortunate to play with some uber talented musicians lately…it sure adds a lot to the live sound to have a great backup band. I like the idea of playing a bit alone and then adding musicians. Sonically it changes things up and if people aren’t really in to one, hopefully they will be in to the other.

On Thursday, Randy (who has payed with the likes of Ringo Starr, Dave Stewart, Chantal Kreviazuk, Kelly Clarkson, Five For Fighting and Raine Maida’s solo project) played a cajone (this cool box thing you sit on) and a bunch of percussion stuff…he has a tambourine hooked up to a kick pedal so he can be playing a beat on the cajone, shaking a shaker, and then on the backbeat hit the tambo. It’s super cool! Andrew Doolittle played some ambient guitar stuff (what I like to call Whale Sounds) and Joe Karnes from Pedestrian was on bass this time around. My last show at Hotel Cafe we had Ben Peeler from the Wallflower/Jakob Dylan on guitar and Eric Holden from Five For Fighting and Josh Groban on bass. When in Vancouver, I try to steal Sarah Mclachlan’s band. If they’re not around to do it I just play by myself 😉

Random Fact of the Day: I feel as if my best songs were the result of not writing anything down or picking up an instrument. I would just have something stuck in my head and make up words as the day passed. By the time I picked up a guitar, I already knew how the song went and just had to figure out how to play it. 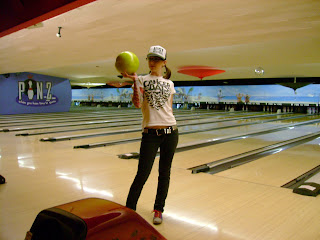 I’ve been answering reader questions every day on the blog…head on over and feel free to leave a question or comment.

Also, got a new YouTube page. Just posted some shorts videos of recording with Raine Maida and Steve Mazur from Our Lady Peace, as well as my All Time Favourite Recording Moment with Stan Behrens. Head on over to http://www.youtube.com/billythekidofficial and don’t forget to become a Subscriber so you can be up to date on the latest vids as they are posted.

Thanks for your comments,

what kind of computer & programs do you think are good for self-recording? i listened to ‘catastrophe’ just now (the version you put back up). it sounds really good!! it always did. what did you use to record it? can you easily self-produce stuff with drums/electric guitar/bass as well? or is that too difficult for getting a proper sound? (sorry that the question is so technical!)

I use Protools and an MBox Mini to do all my demos. It only has a few inputs, which is all I need for laying down an idea. There are lots of similar programs, I know Mac computers come with Garageband and lots of people use software such as Reason etc.

When I’m doing stuff with a full band (like the new Billy and the Lost Boys album) I have access to a studio with a great live room that has drums and amps and stuff when I’m in L.A. but I know from experience (and 4 albums) that not everyone has this luxury. There are lots of ways to build your track with or without studio access.

Stuff like guitar and bass you can do “in the box”, meaning that if you live in an apartment or place where you can’t make a ton of noise, you just plug your instrument into your MBox/Digi002 etc and that goes in to your computer. Easy. There are a lot of programs to make beats with (or, just borrow beats until you can get yourself a real drummer) and I see a lot of people doing it this way when they’re in the demo stage. It’s great for playing along to, getting ideas and doing pre-production. Then you can email the track to a drummer who has access to a studio or book yourself a room for a few days.

If you’re doing the home recording thing (a lot of bands book studio time for drums and bass and then do things like guitars and vocals in the comfort of their home in order to save money and be able to take their time) then I would recommend one thing: invest in a good condensor mic. When I was researching what to buy I found a great used mic that was the same cost of a new one and I think that’s helped me get half decent vocal and acoustic guitar sounds in my crappy little concrete apartment.

Does that help at all?

Random Billy Fact of the Day Number 19: Two years ago I had never recorded anything on my own in my life. Now I’m working on an album where I’m producing, engineering and playing everything on my own except drums. How did this happen? I bought a couple books and spent hours trying to figure out how!

This question hot off the press courtesy of THE BEEZE:

I’ve got a question, or two…

What is your favorite song of all time?

Who are your biggest musical influences?

Atlantic City by Bruce Springsteen. I have listened to it about a million times.
Other tunes on the all time top listening list include:
The Night They Drove Old Dixie Down – The Band
Joleen – Ray Lamontagne
Oh My God, Whatever, Etc – Ryan Adams (actually, everything by Ryan Adams)

Biggest musical influences? Hmmm. Much the same of the all time favourite song list… The Band, Neil Young, Dylan, Springsteen, Kathleen Edwards, Ray Lamontagne and Ryan Adams for sure. Musically, that is 😉

Random Fact 15: I hate listening to my own music. In fact, I can’t even be in the same room with someone if my music is playing. This includes recording. I’m incredibly shy.

Anything you want to ask me?

Got a question, problem or concern?